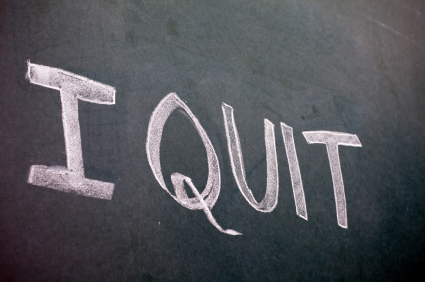 Eighteen months ago, AWS surveyed our members and found job satisfaction was high, particularly because individuals were relieved to have a job in a very unstable market. AWS’ jobs poll shows 84% of our members still report they are satisfied or very satisfied; in this group 25% were considering other career options compared to 41% of total respondents. AWS members are experienced professionals, many in technical positions and as such have had, and continue enjoying, a higher level of job security.

Of the Alumni who left their current positions in the last 6 months, 30% did so because of a better opportunity elsewhere. Twenty three percent left for a bigger challenge and 33% left for other reasons such as bad relationship with a manager, salary and benefits, selling their company, their company going bankrupt or retiring.

These figures are in comparison to a recent survey by job-placement firm Manpower which reported 84% of employees plan to look for a new position in 2011. The general industry figure of 84% is up from 60% last year. In a survey conducted by Firstdirect, almost seven million workers in the UK have moved jobs in order to find a better boss and improved working environment. The division of HSBC Bank plc has found that one in ten workers have switched careers in their search, while one in 20 has attempted to set up his or her own business.

Similar to findings in the CNN Money article, most ARCO alumni in 2009 to 2010 sat tight through the recession, not even considering other jobs because so few firms were hiring. For the past few years, the Labor Department’s quits rate, which serves as a barometer of workers’ ability to change jobs, has hovered near an all-time low.

But after years of increased work and frozen compensation, “a lot of people will be looking because they’re disappointed with their current jobs,” said Paul Bernard, a veteran executive coach and career management advisor who runs his own firm. Contrary to Bernard’s comment on disappointment at work, AWS community members were generally positive about their work, indicating new challenges and opportunities as a result of improved technologies and reorganizations within their companies had kept job satisfaction high.

Communication and Respect: Being Sensitive During Times of Increased Stress
Scroll to top

This site uses cookies. By continuing to browse the site, you are agreeing to our use of cookies.

We may request cookies to be set on your device. We use cookies to let us know when you visit our websites, how you interact with us, to enrich your user experience, and to customize your relationship with our website.

Click on the different category headings to find out more. You can also change some of your preferences. Note that blocking some types of cookies may impact your experience on our websites and the services we are able to offer.

These cookies are strictly necessary to provide you with services available through our website and to use some of its features.

Because these cookies are strictly necessary to deliver the website, you cannot refuse them without impacting how our site functions. You can block or delete them by changing your browser settings and force blocking all cookies on this website.

These cookies collect information that is used either in aggregate form to help us understand how our website is being used or how effective our marketing campaigns are, or to help us customize our website and application for you in order to enhance your experience.

If you do not want that we track your visist to our site you can disable tracking in your browser here:

We also use different external services like Google Webfonts, Google Maps and external Video providers. Since these providers may collect personal data like your IP address we allow you to block them here. Please be aware that this might heavily reduce the functionality and appearance of our site. Changes will take effect once you reload the page.